JPAC Advocacy Day Brings Together Lawmakers and Jewish Leaders to Further Legislation Focused on Combating Antisemitism and Hate, and Expanding Services for Immigrants and Older Adults

On May 9-10, 2022, the Jewish Public Affairs Committee of California (JPAC) convened 200 Jewish professional and lay leaders from across California in Sacramento for JPAC Advocacy Day, the organization’s premier annual policy conference and advocacy experience. Coinciding with JPAC’s 50th anniversary, the two-day gathering of Jewish organization executives, board members, professional fellows, and other staff and lay leaders was among the largest in JPAC’s history. Fifty students and young professionals also joined the conference.

Returning in person for the first time in three years, the JPAC Advocacy Day featured keynote addresses from California’s Lieutenant Governor, Ambassador Eleni Kounalakis, and Attorney General Rob Bonta, who each expressed their resolve to fighting antisemitism and working in partnership with JPAC on social and human service initiatives. More than 30 legislators participated in the conference. The program culminated with participants converging on the state capitol for meetings with 88 legislative offices, representing three quarters of the state’s 118 legislators (there are currently 2 vacant seats).

These priorities, along with JPAC’s expanded list of priority items, can be found at: https://jpac-cal.org/our-work/2022-legislative-agenda/

“At JPAC, we’re committed to upholding two core pillars: We fight for issues that directly support the Jewish community, and we fight for issues that directly further Jewish values,” said David Bocarsly, JPAC’s Executive Director. “In this moment, those pillars are manifesting into an acute need to fight antisemitism and hatred, and to support immigrants and older adults. At JPAC Advocacy, California’s diverse Jewish community came together as one voice to forcefully assert the importance of these issues to state lawmakers. We pushed large-scale, life-changing bills, and asked for over $300 million from the state budget to accomplish our key initiatives. We know this bold and unprecedented agenda is achievable because we’ve seen a glimpse of what’s possible when we unite as a community. This week, we showed our community’s strength in a powerful way, which will elevate our priorities this year and our work for years to come.”

“This week, JPAC celebrated its 50th anniversary as California’s organized Jewish community convener with one of our biggest ever annual advocacy conferences,” said Allison Gingold, JPAC’s Board Chair. “We were proud to network with key legislators and community leaders to address today’s crucial issues through a Jewish lens. I am proud of our legislative agenda which exemplifies the social justice imperatives of Judaism while rooting out the evils of antisemitism and hate. This year’s conference was our strongest ever and we are grateful for our longstanding partnerships and alliances we have created to achieve our collective goals.”

Dinner with the Jewish Caucus

As part of the conference, JPAC hosted a dinner with the California Legislative Jewish Caucus. Assemblymember Jesse Gabriel, Jewish Caucus Chair, and Senator Scott Wiener, Jewish Caucus Vice Chair, spoke about how JPAC’s partnership with the Jewish Caucus has led to the increased success for Jewish community priorities in recent years. Since 2019, the Jewish Caucus and JPAC have secured over $100 million from the state budget for key priorities and have helped pass dozens of bills that support the security and prosperity of Jews and all vulnerable communities. Assemblymember Gabriel and Senator Wiener presented Gingold and Bocarsly with a resolution from the State Assembly honoring JPAC’s 50 years of advocacy. In addition to Gabriel and Wiener, ten other members of the Jewish Caucus attended and spoke briefly at the dinner.

In line with the legislative priorities, JPAC hosted three panels:

JPAC Advocacy Day was held in-person at the Citizen Hotel in Sacramento and at the Capitol Annex Swing Space, where the legislators have their offices while the State Capitol is under construction. The number of lobby meetings and the number of legislators who participated in the conference each represent all-time highs. JPAC Advocacy Day was canceled in 2020 as it coincided with the start of the Covid-19 pandemic, and was held virtually in 2021. 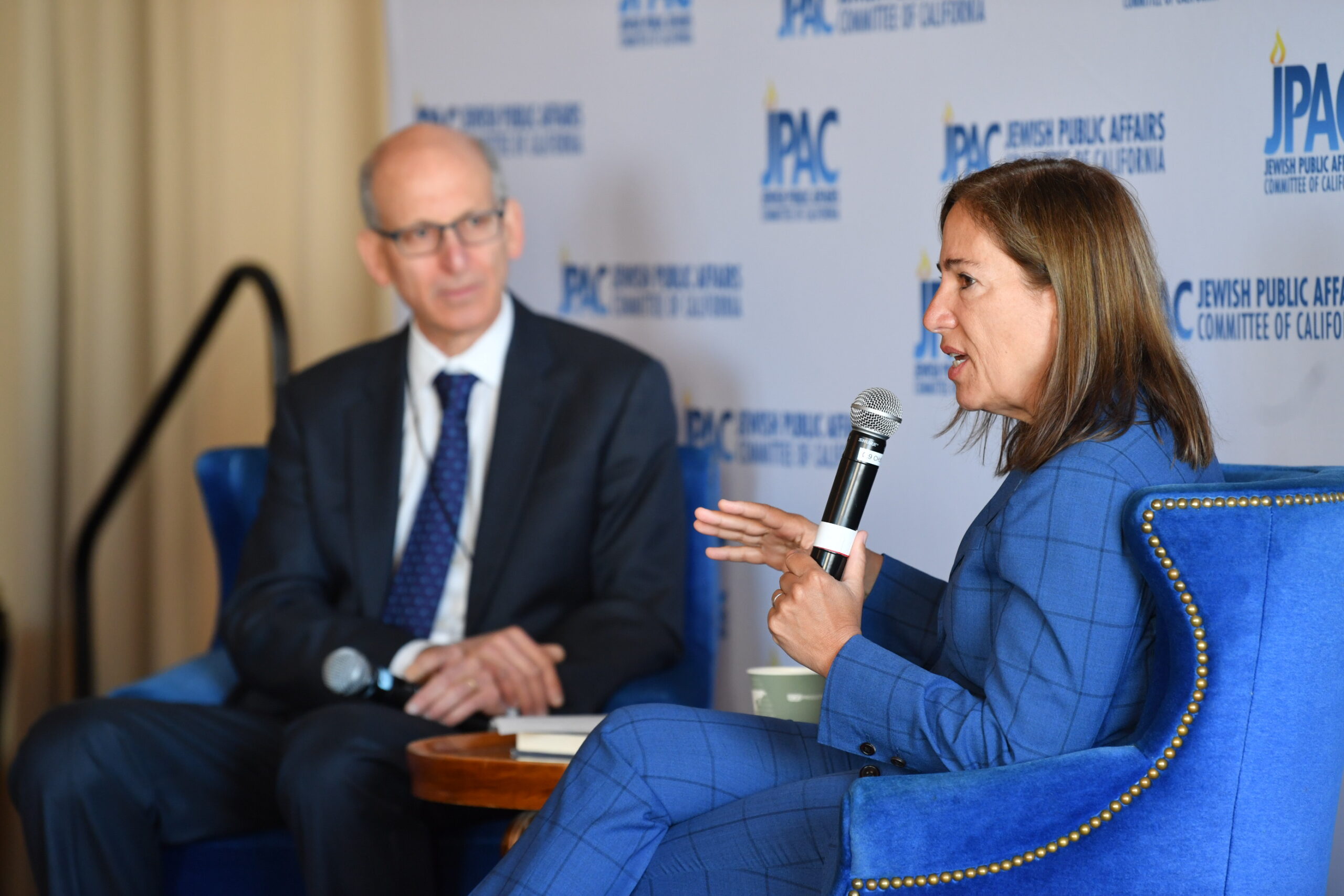 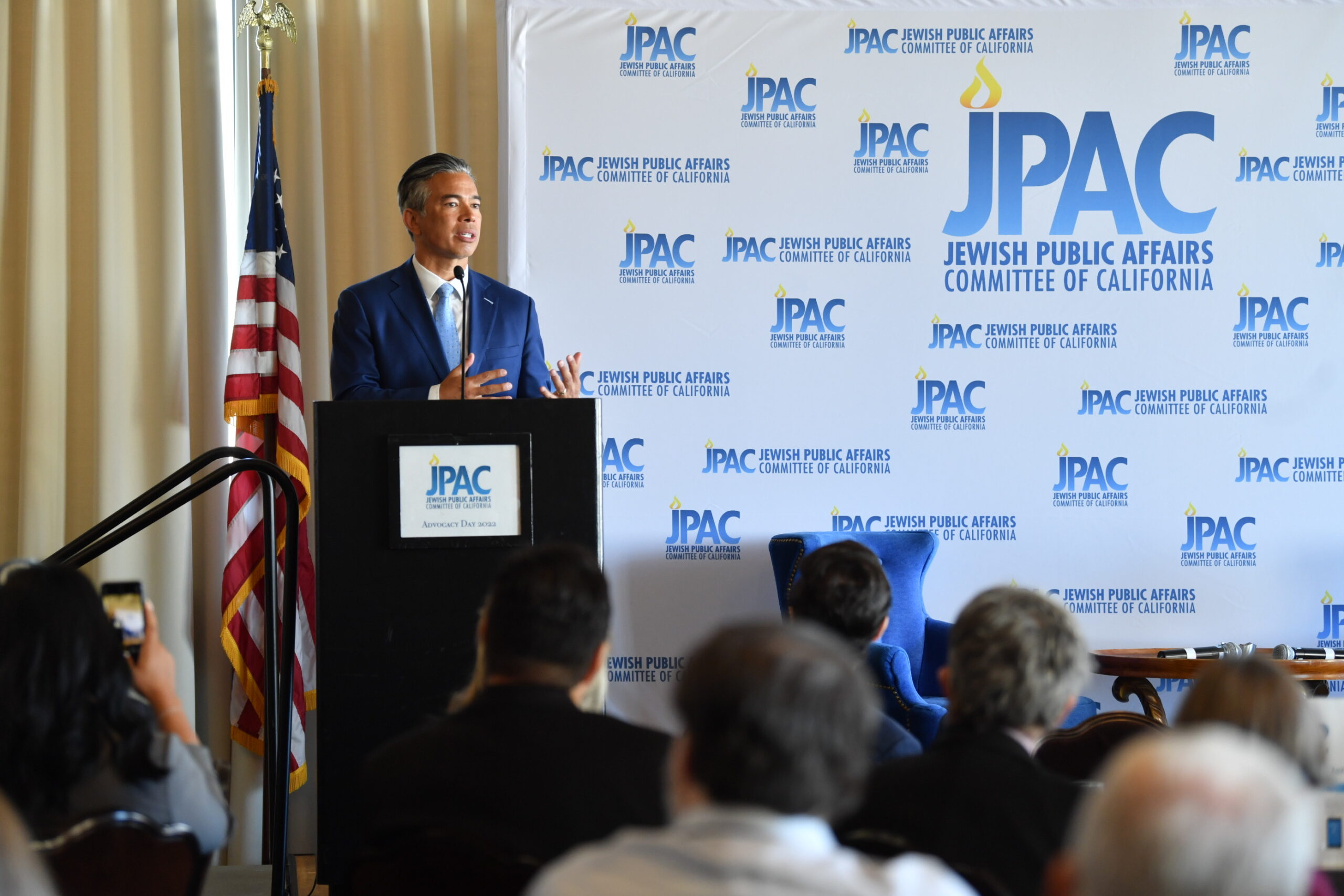 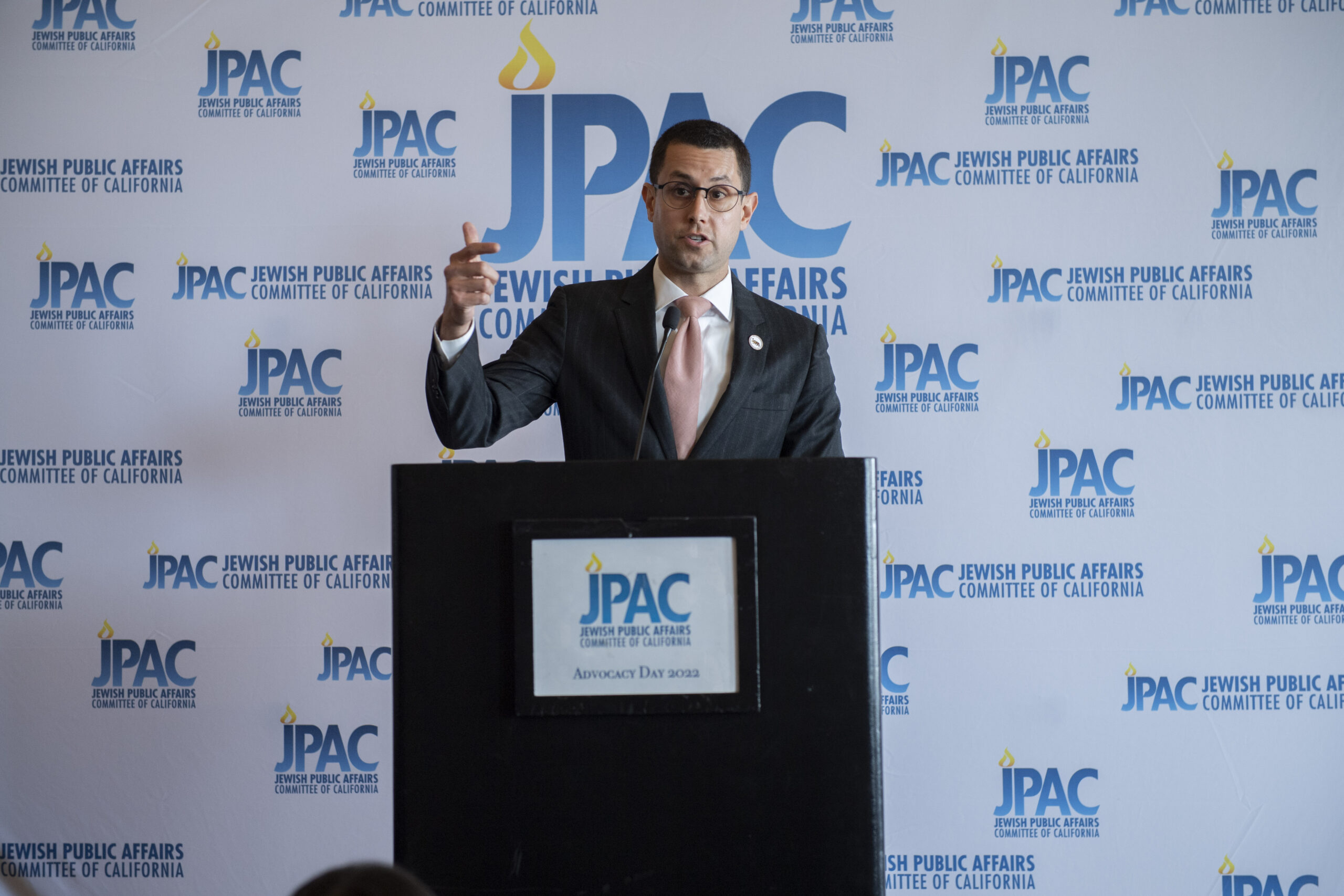 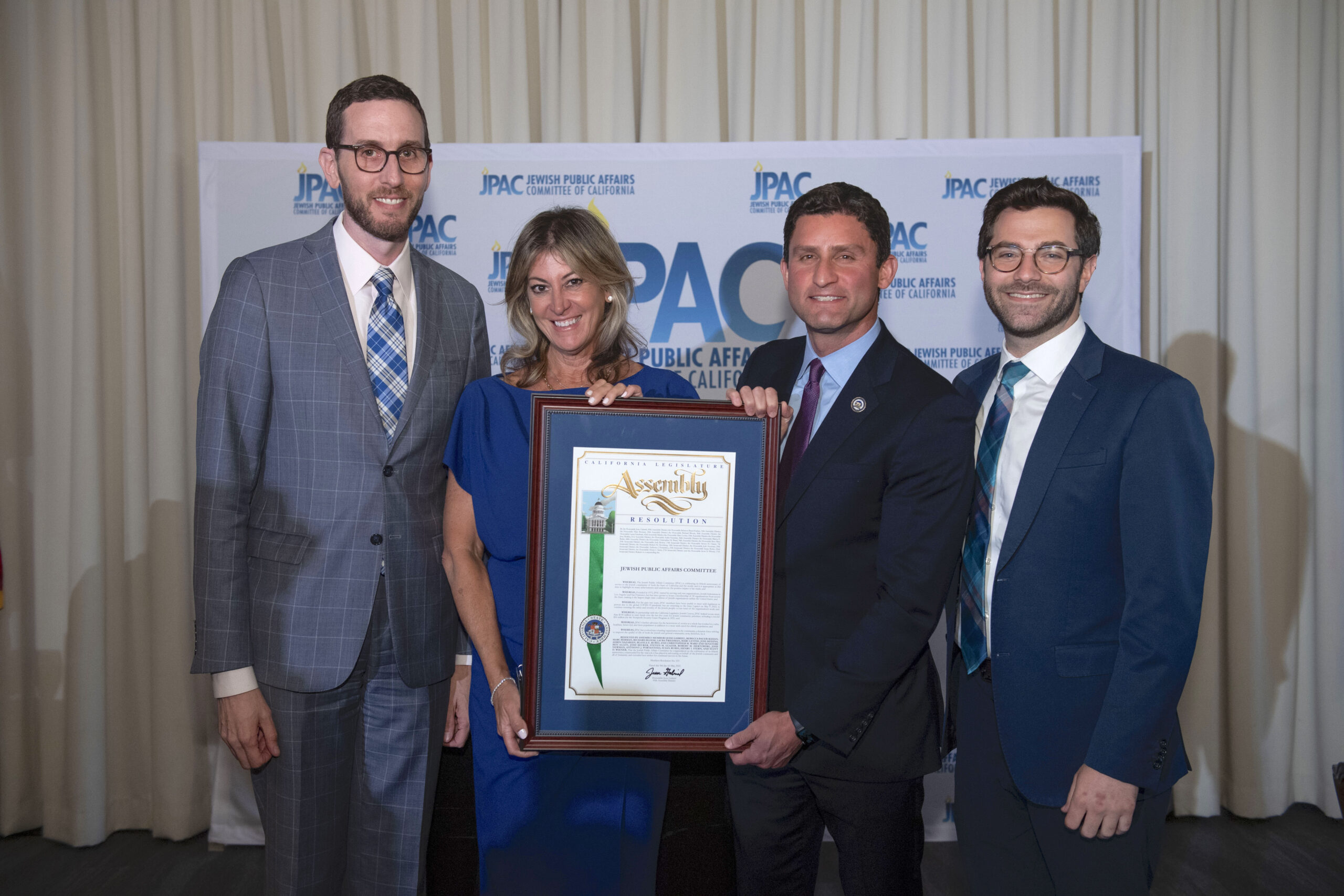 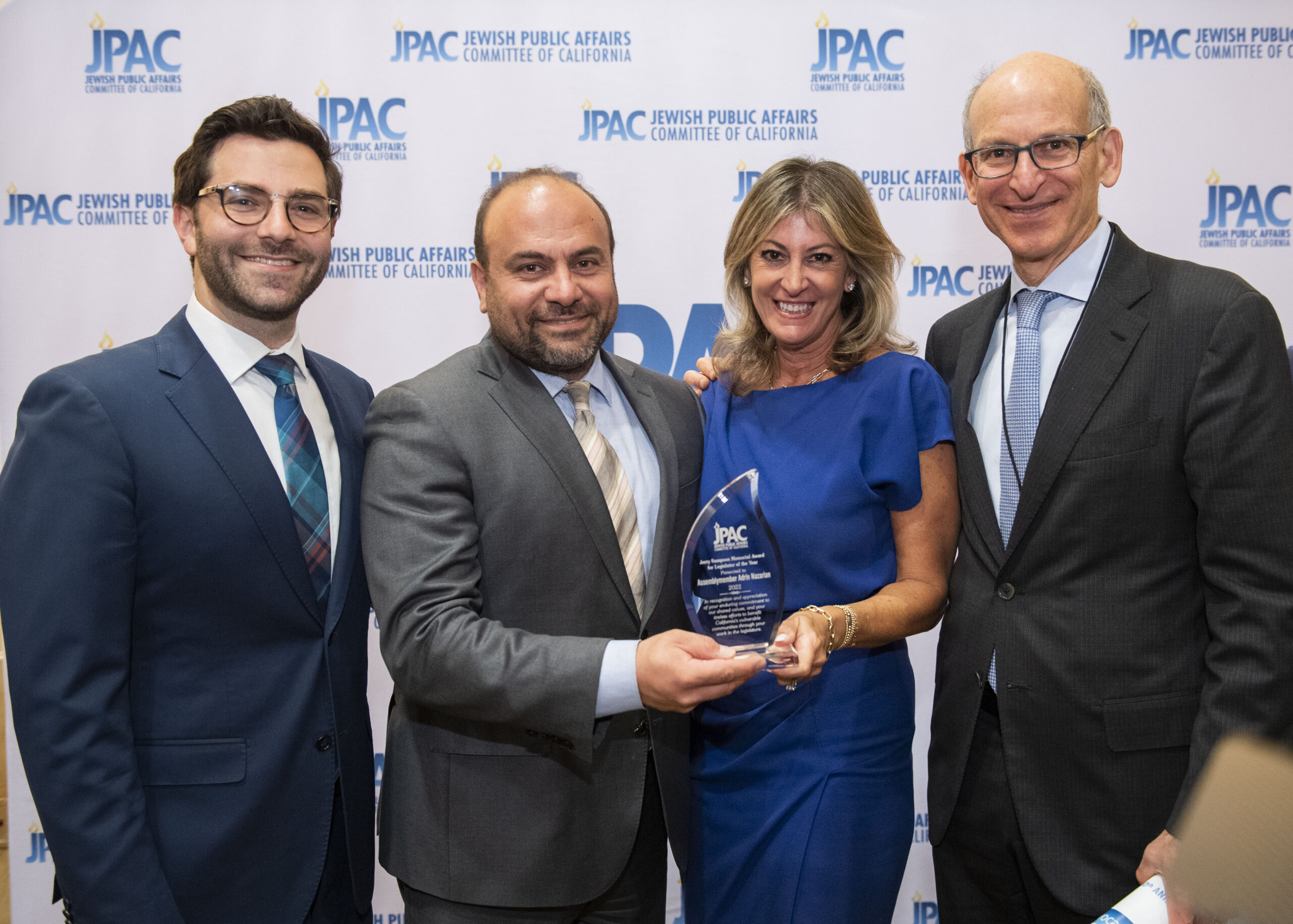 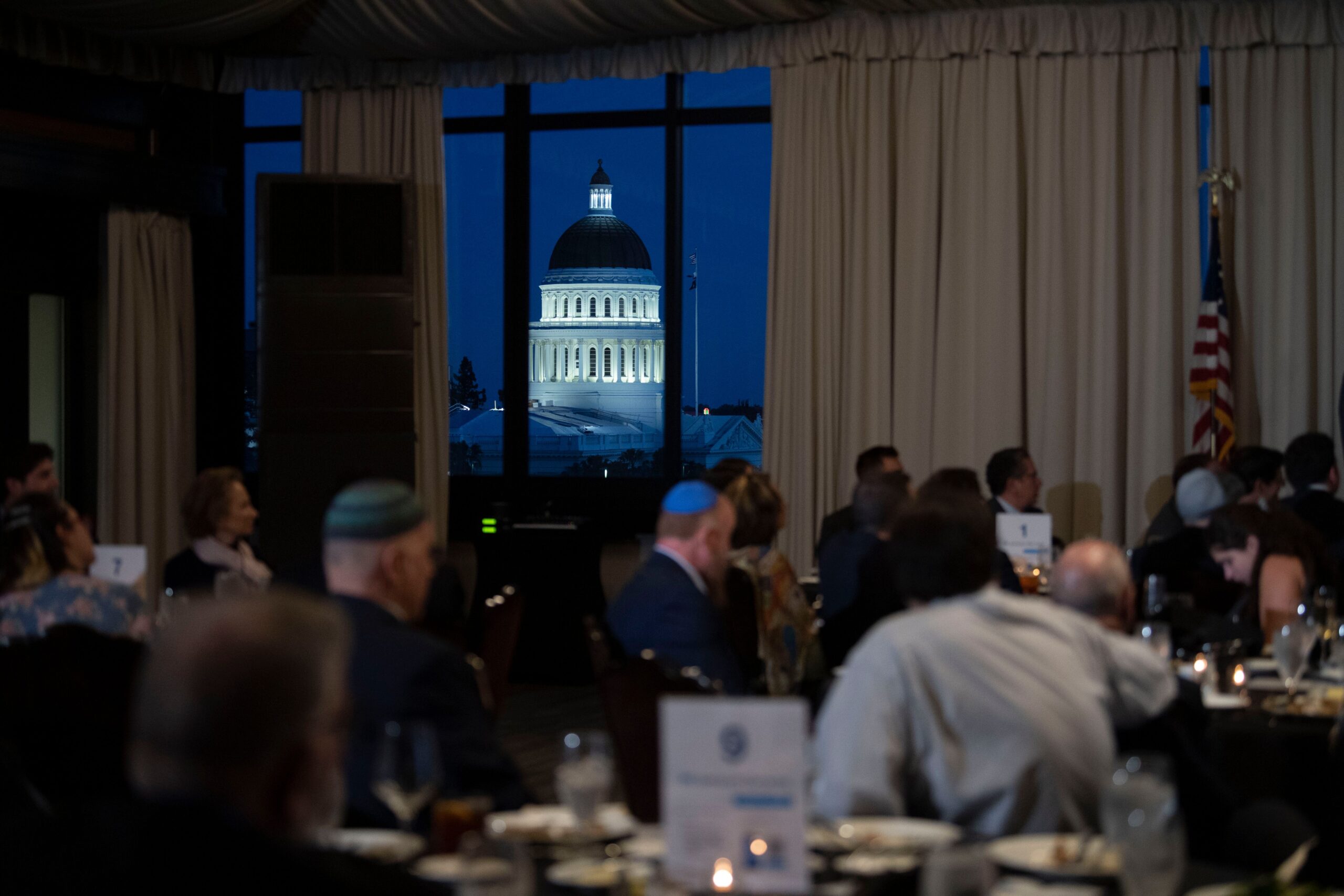 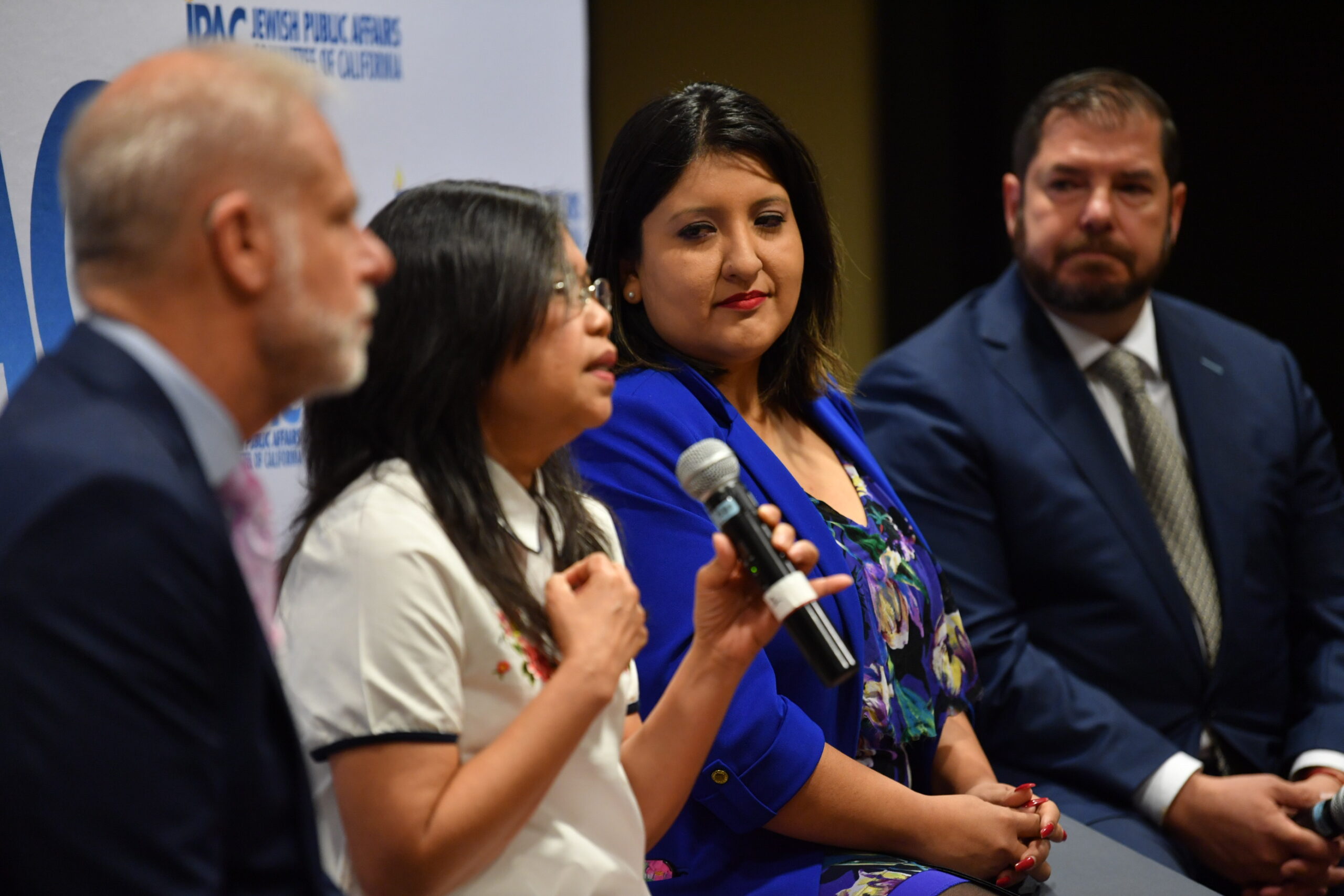 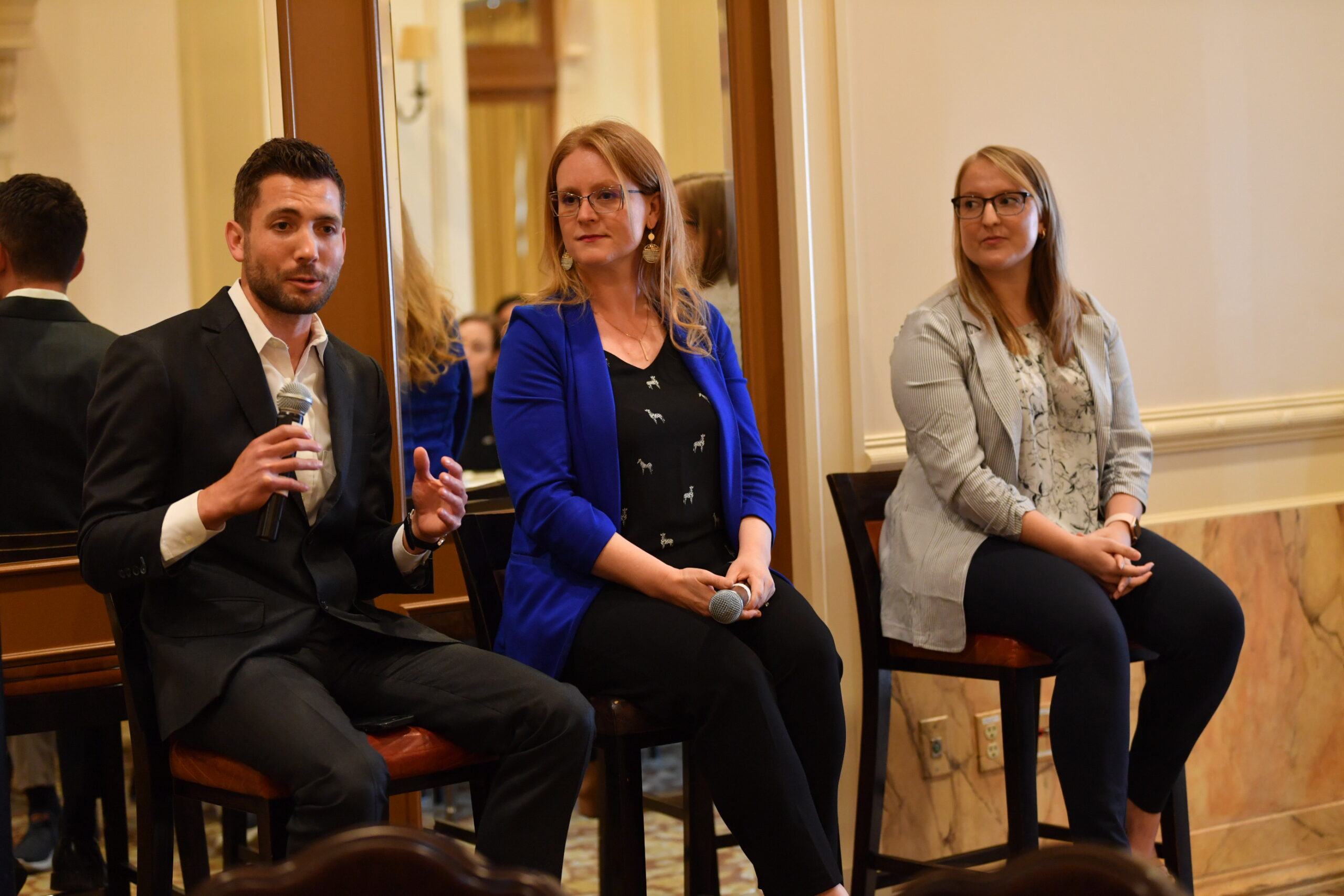 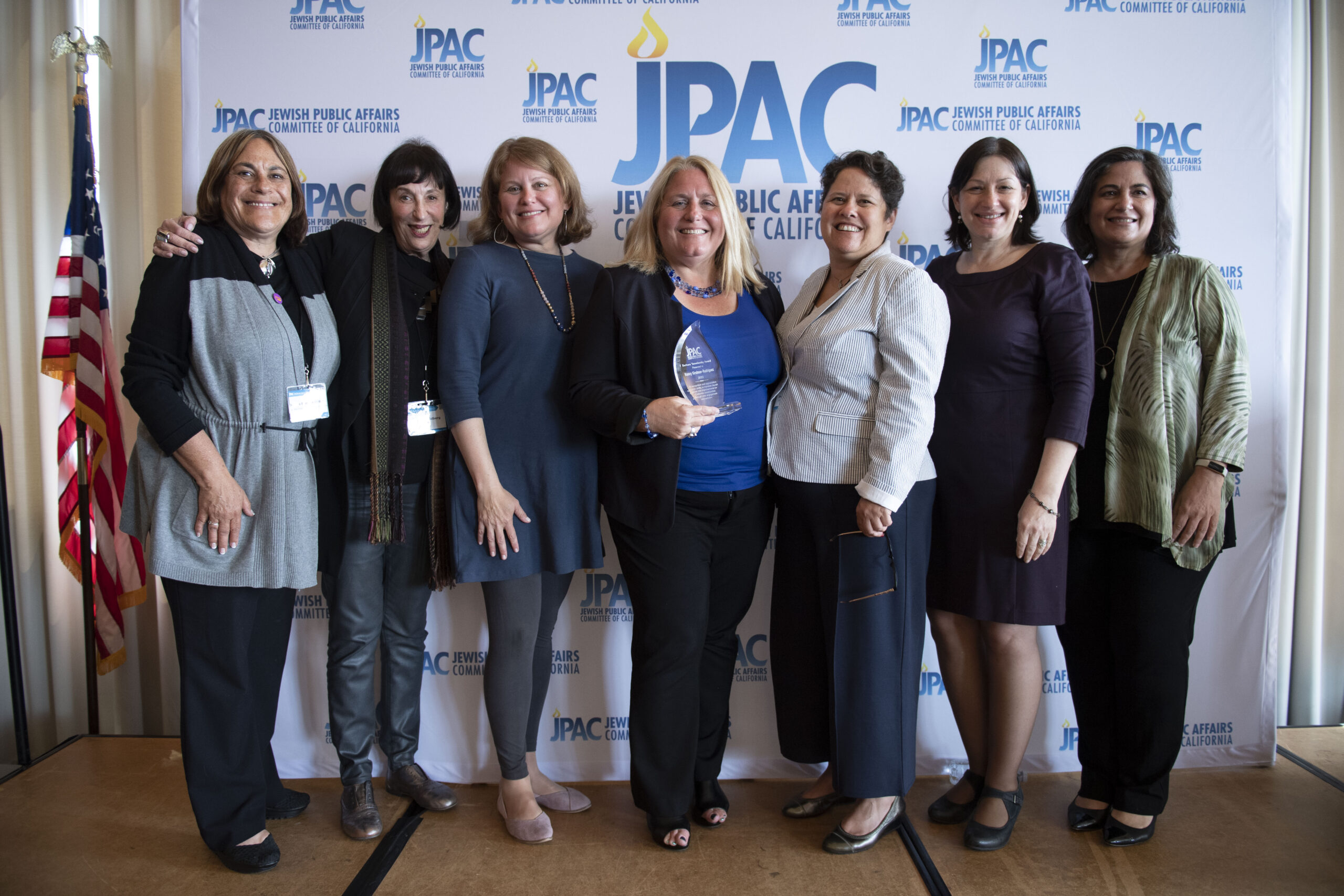 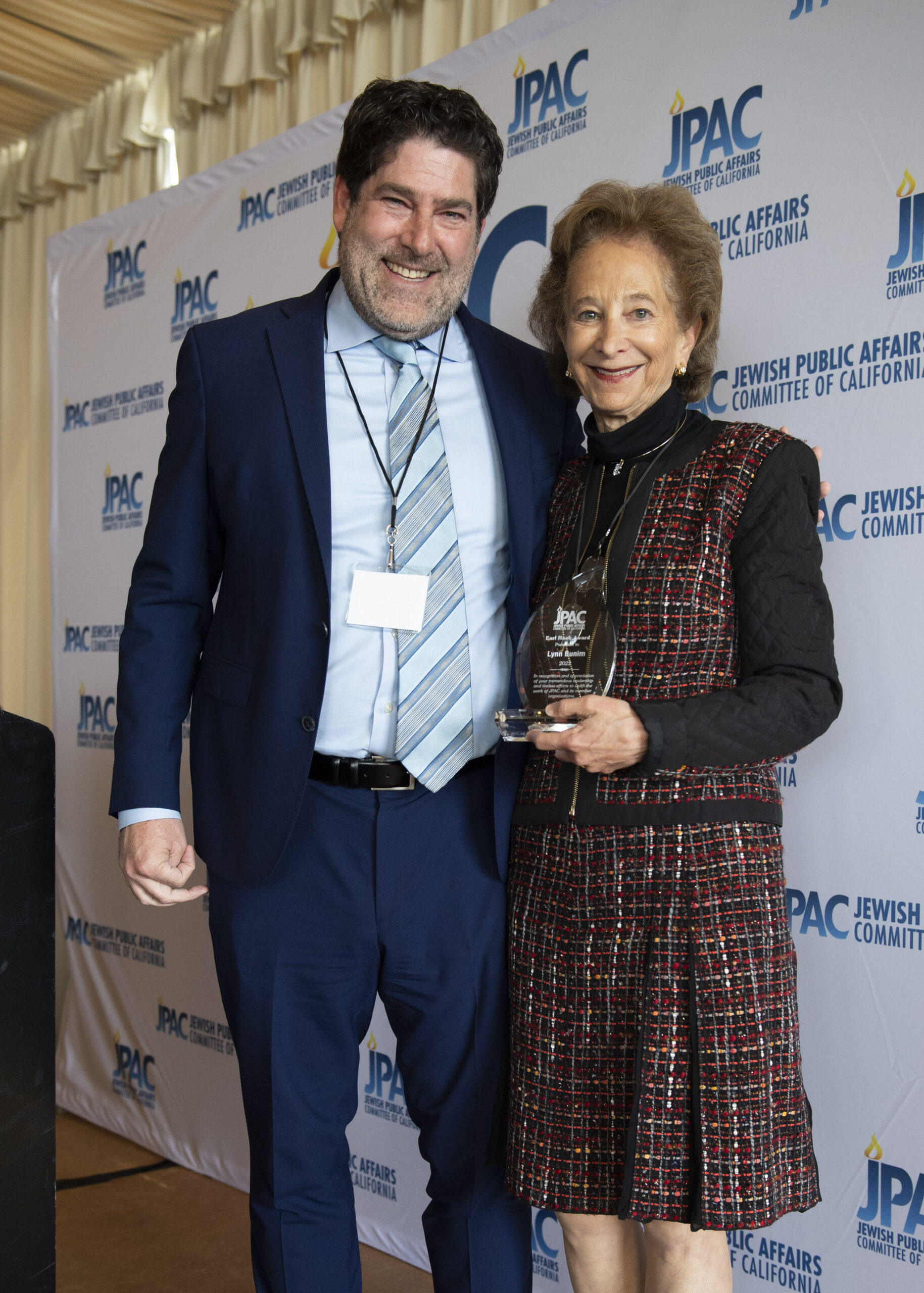 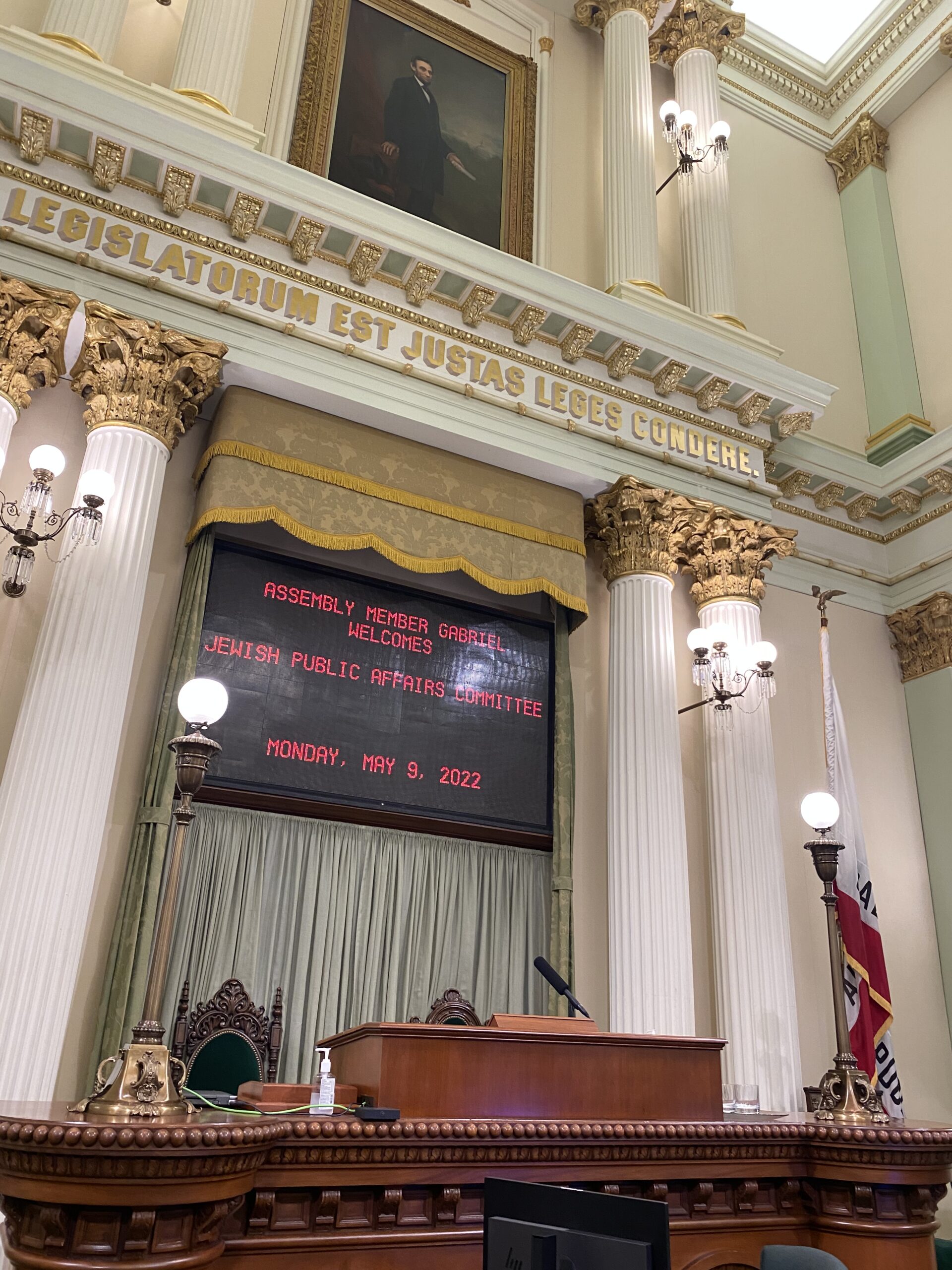 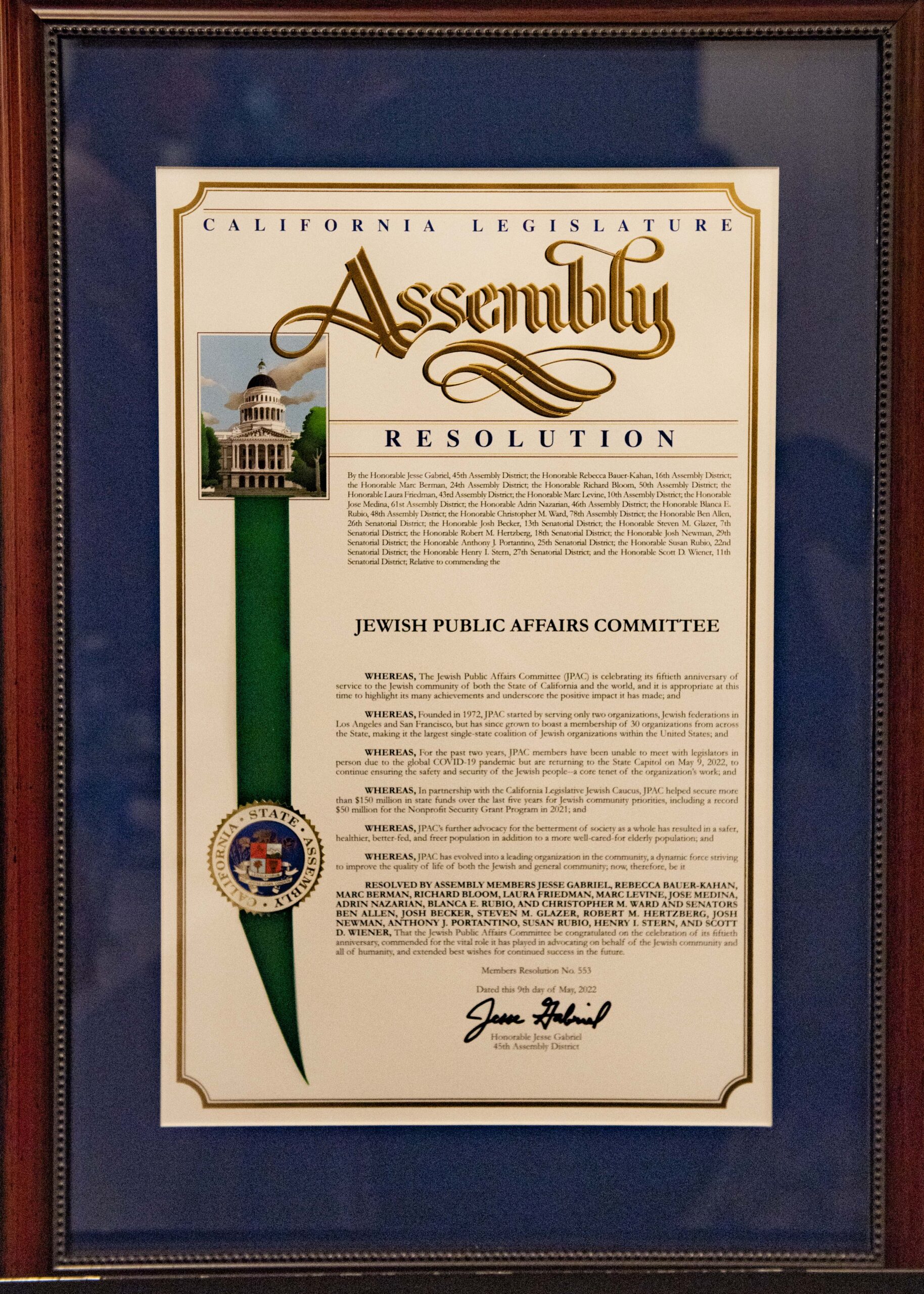